A decade later, the Las Vegas Strip resort continues to go above and beyond and keeps millions of guests worldwide coming back time and time again. In honor of its 10th anniversary, The Cosmopolitan of Las Vegas is celebrating throughout the year with exclusive packages, food and drink specials, new photo opportunity experiences, and more. Here’s how you can get in on all of the anniversary celebration fun.

Wouldn’t you love to experience the finer things in life? For its anniversary, The Cosmopolitan has created three luxurious packages for you to explore everything that the high-end resort has to offer. 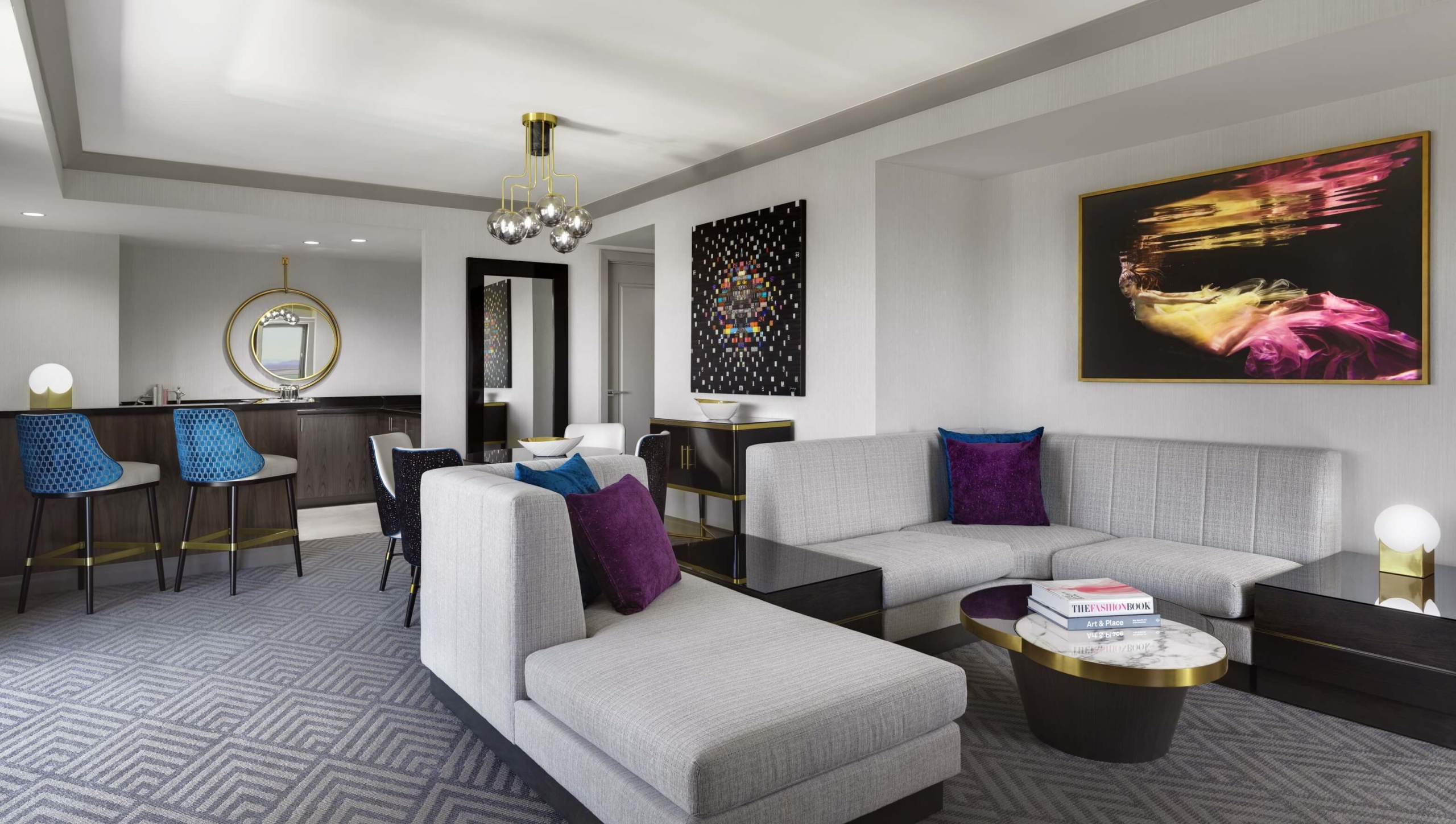 The Misfit Right In package starts at ,600 and includes a two-night stay in a Wraparound Terrace Suite, which offers panoramic views of the Fountains of Bellagio. Room amenities include a spacious separate dining area, a wet bar, and a Sub-Zero wine chiller. The package also includes a prix fixe anniversary dinner at Scarpetta. 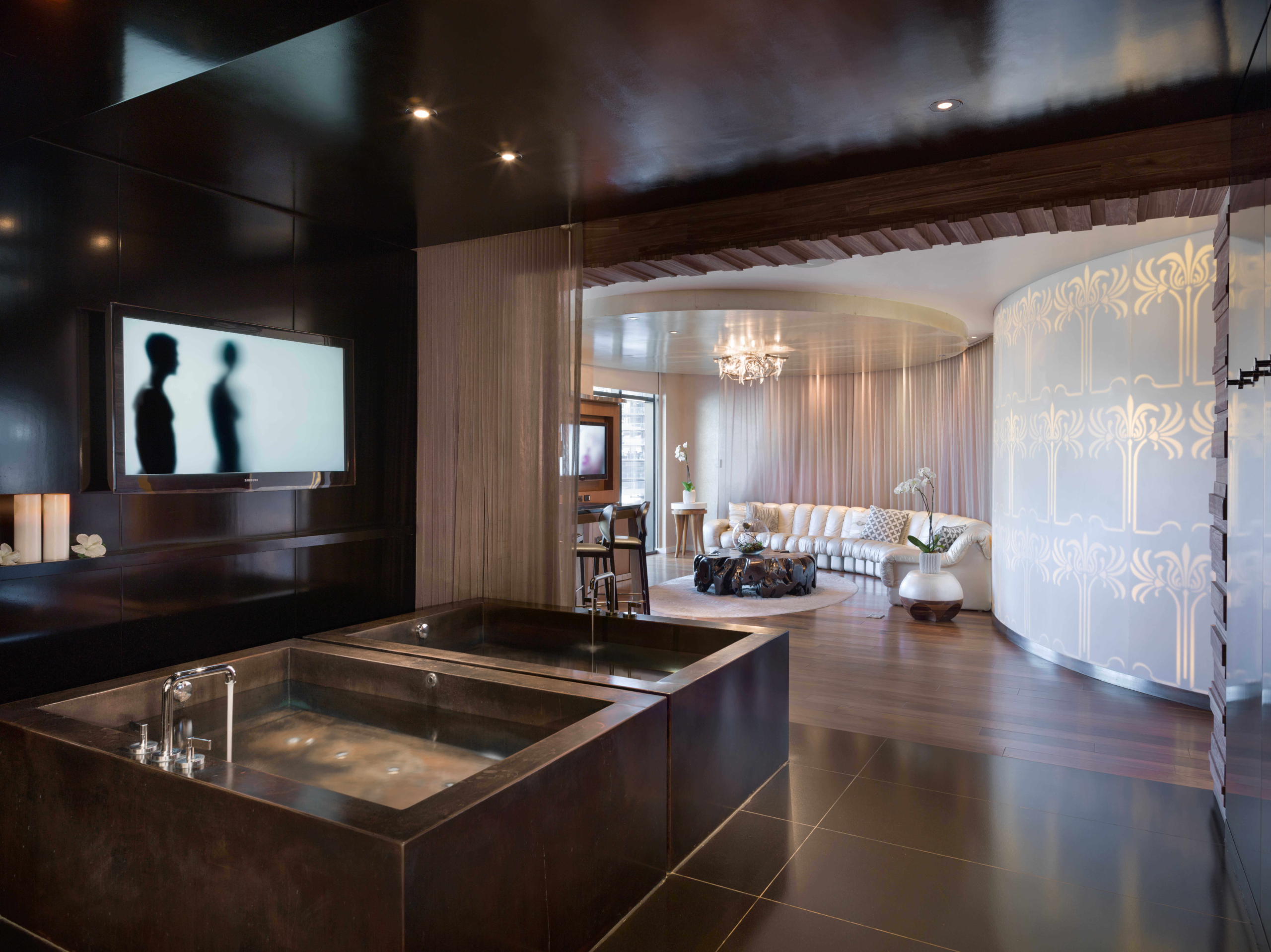 The Wrong Has More Fun package, priced at ,000, gets you two nights in a Two-Bedroom City Suite or the Chelsea Penthouse. Not only will you get to lounge around in style, but you’ll also get plenty of perks. Enjoy private transportation to and from the airport, in-room REVIV treatments, your choice of service at The Barbershop Cuts and Cocktails or Sahra Spa, Salon & Hammam, one of the top luxury spas in Las Vegas, dinner at STK and Beauty & Essex, and a VIP table at Marquee. 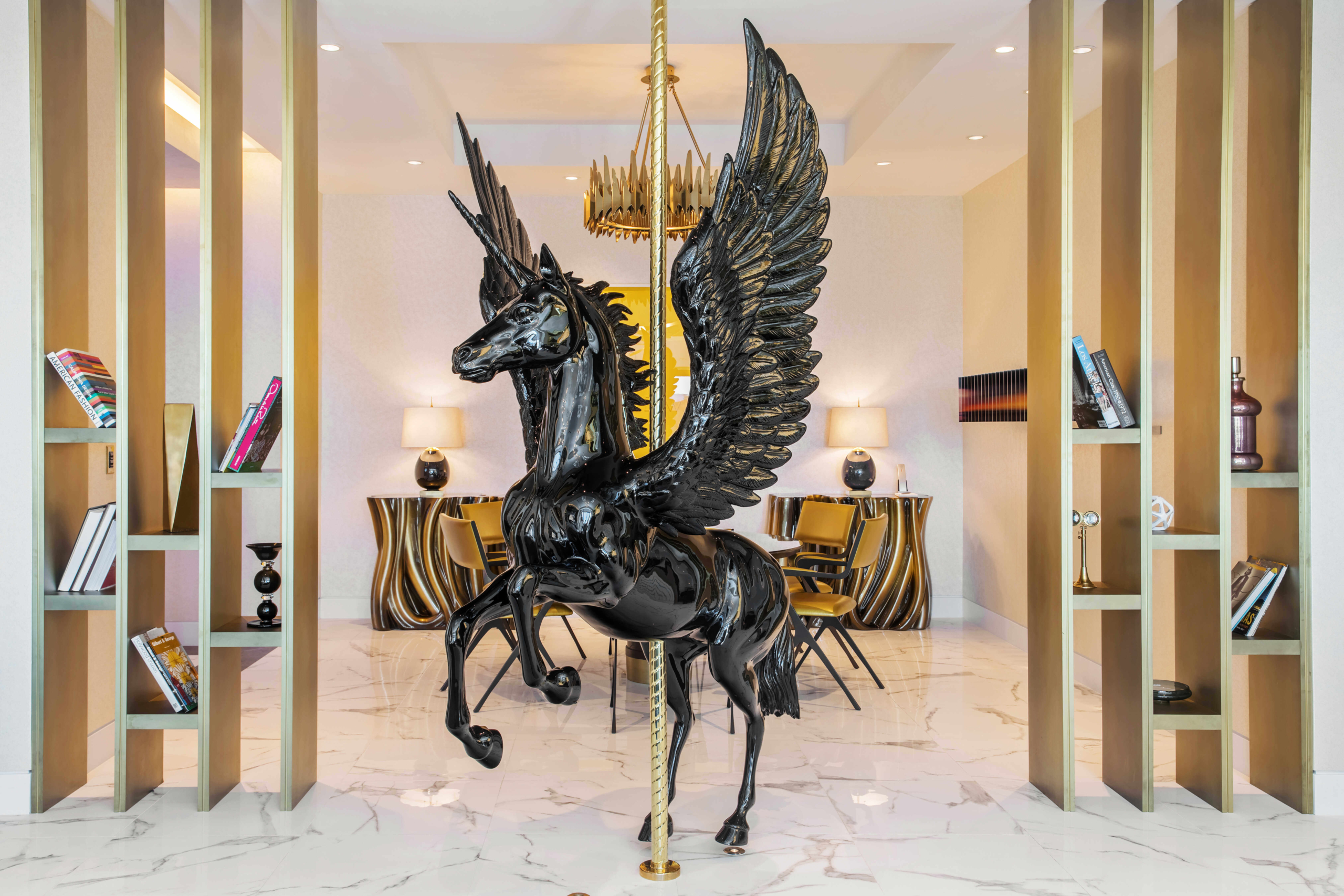 For big, big spenders, the Access Excess package goes for 0,000. For a quarter of a million dollars, you get a three-night stay in the Boulevard Penthouse, 24-hour butler service, private jet transports, a private dinner at é by José Andrés, Chef’s Table dinner at Scarpetta, ,000 dining credit, a Spa Suite at Sahra Spa, Salon & Hammam, exclusive shopping experiences, a VIP table at Marquee, a private Las Vegas Strip helicopter tour, and a photographer to capture it all.

The anniversary packages are available through Dec. 15, which gives you plenty of time to live your best life at The Cosmopolitan of Las Vegas.

The Cosmopolitan of Las Vegas is celebrating its anniversary season by giving back. The resort will be honoring deserving individuals who went above and beyond during the COVID-19 crisis in 2020 by gifting them luxurious experiences. If you know a local frontline worker, healthcare personnel, or individual hero, you can nominate them here. Entries will be accepted through Thursday, Feb. 28. Ten winners will receive the Misfit Right In package (valued at ,600), while the grand prize winner receives an experience of a lifetime for up to six guests (valued at more than ,000). Selected winners will be notified in April.

Go on an Insta-Worthy Photo Tour 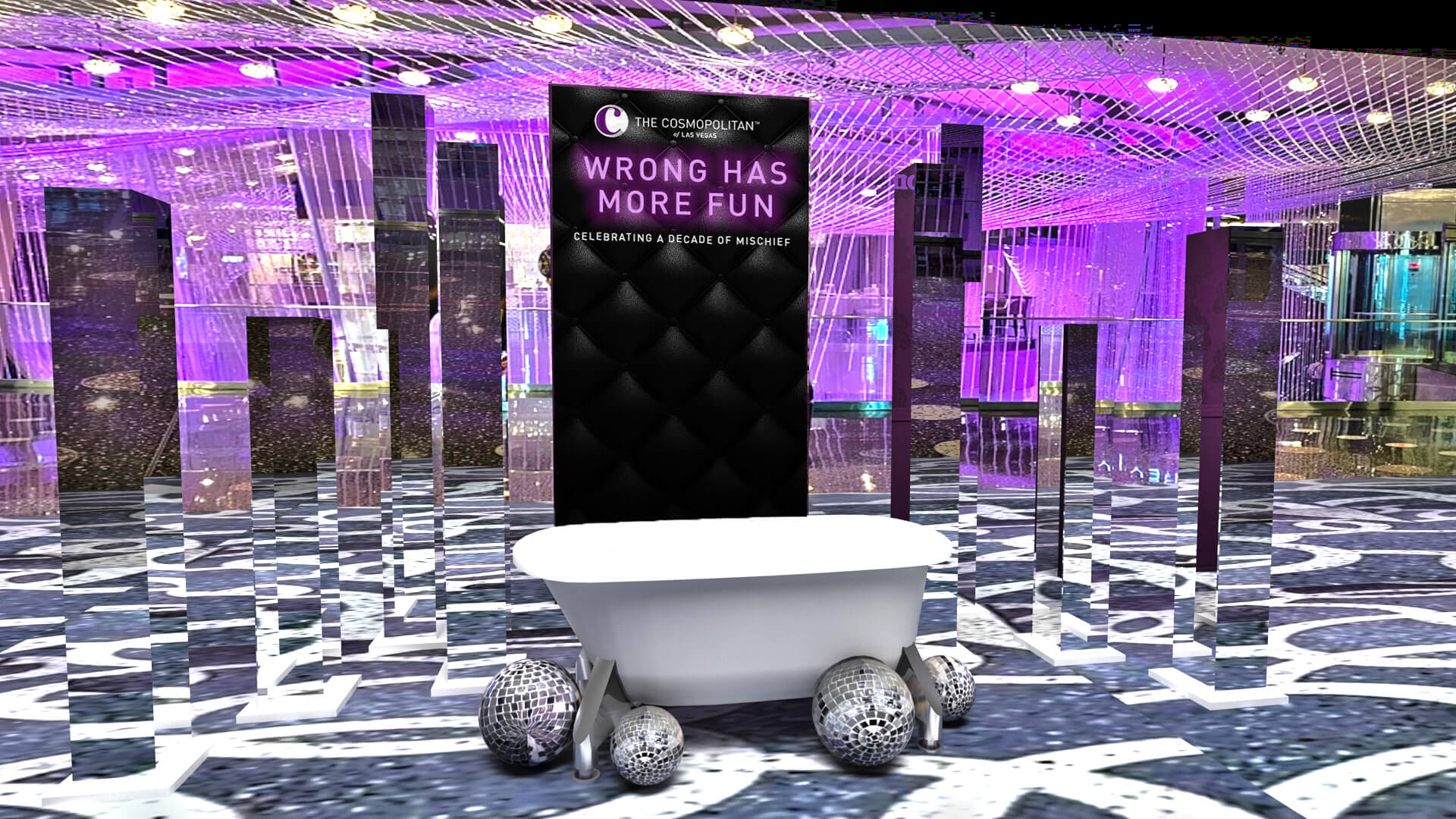 There are so many Insta-worthy photo ops throughout The Cosmopolitan of Las Vegas. Exclusively through Rose, the resort’s resident mischief-maker and digital concierge, you’ll be able to go on a guided photo tour of all of them. All you have to do is text “Photo Tour” to 447673. From there, Rose will lead you from one popular photo moment to the next. This photo tour includes a stop at a new installation inspired by the resort’s latest brand campaign, Behind Closed Doors. You’ll be able to see it up-close on level two of the Boulevard Tower. Once you’re there, take photos and share on social media using the hashtag #MakeAScene.

Eat and Drink Your Way Around the Resort With Exclusive Menus 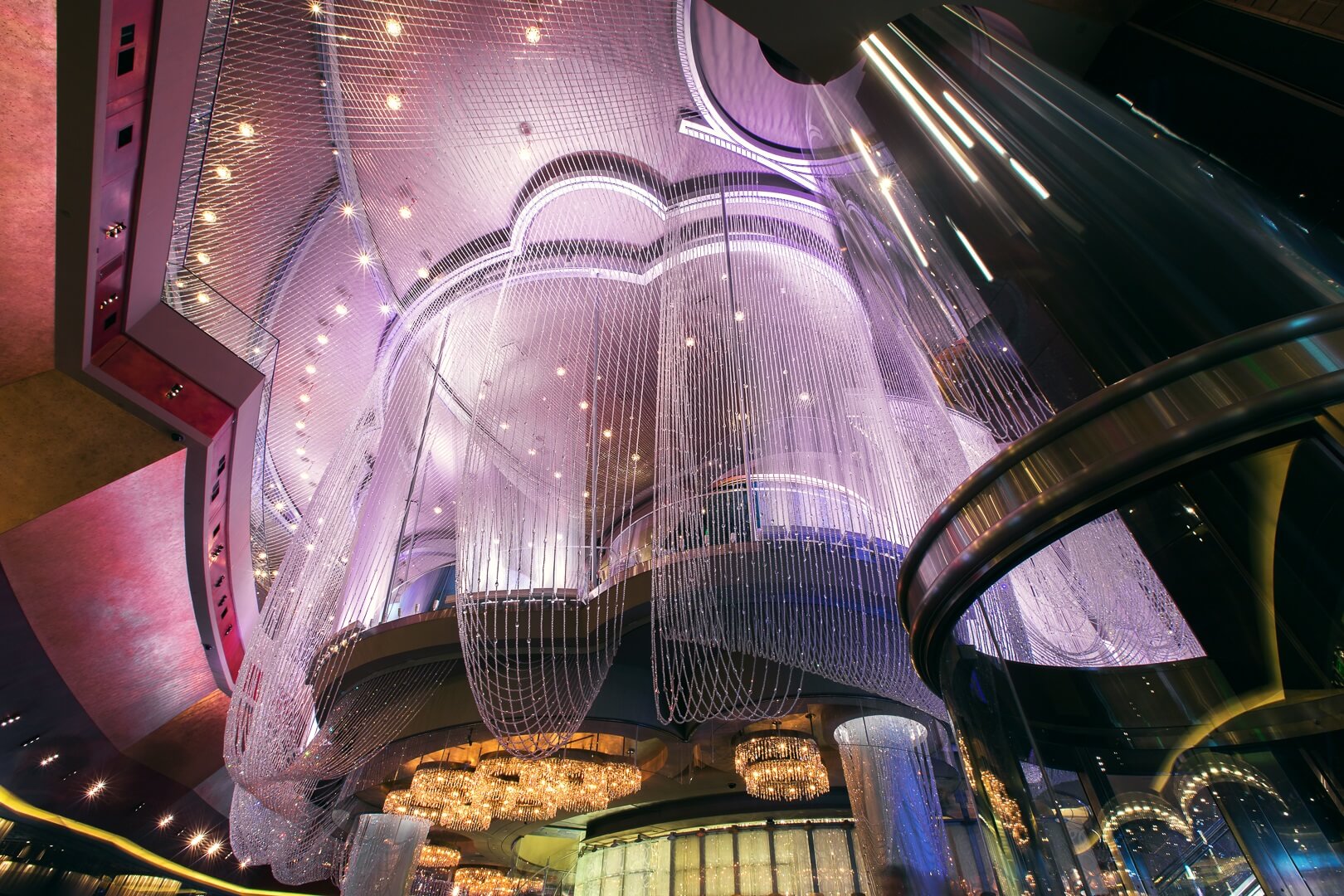 One of the things that The Cosmopolitan of Las Vegas is most known for is its diverse restaurant collection and upscale bars and lounges. In honor of its anniversary, many venues offer commemorative dishes and specialty prix-fixe menus, in which a portion of proceeds will go to the Las Vegas Rescue Mission. Participating restaurants include Beauty & Essex, Blue Ribbon, China Poblano, Holsteins, Jaleo, Momofuku, Scarpetta, and Zuma. Participating bars and lounges include The Barbershop Cuts and Cocktails, CliQue Bar & Lounge, and The Chandelier.

Mark Your Calendar For New Offerings Coming in 2021

A new year brings new and exciting experiences. This year, The Cosmopolitan of Las Vegas will debut several new food and beverage concepts, including Chef David Chang’s Bāng Bar by Momofuku, coming to the Block 16 Urban Food Hall this spring. There will also be a first-to-market restaurant concept with an indoor-outdoor terrace overlooking the Las Vegas Strip. But that’s not all. The resort’s popular culinary series, Paired, will continue throughout the year, offering guests exclusive specialty dinners and menus by top chefs.

While exploring everything that the resort has to offer, consider booking our top-rated Savors of The Strip tour, a VIP dining experience that puts you at four highly-acclaimed restaurants on the Las Vegas Strip—two of which are within The Cosmopolitan of Las Vegas.